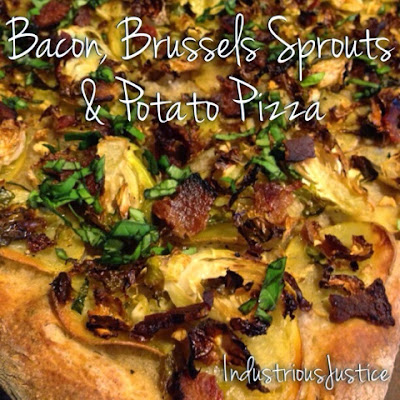 We had something similar to this at a Yelp Elite Event a few months back and I loved it and bookmarked the idea in my brain. In addition to being delicious, this recipe is fairly quick which makes it a good weeknight meal.

I would like to point out that this is dairy free, as in no cheese. NO CHEESE. I mean, I love cheese. LOVE IT. But these toppings are good to go on their own. My honey and I discussed this fact while eating it and decided that it really doesn't need any cheese. If you can't imagine enjoying a pizza sans cheese, throw a little shredded parmesan on top before slicing and serving...but I seriously don't think it needs it.

Slice those potatoes super duper thin. I used a mandolin. We have one from OXO. 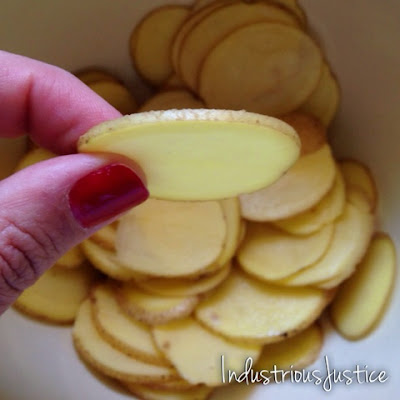 Layer everything as evenly as possible. 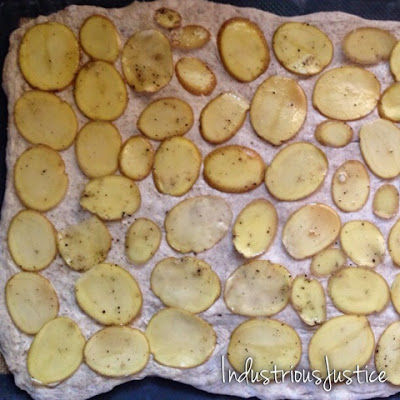 Put the minced garlic in between the layer of potatoes and brussels sprouts...that way it will get cooked but not too brown in the oven. 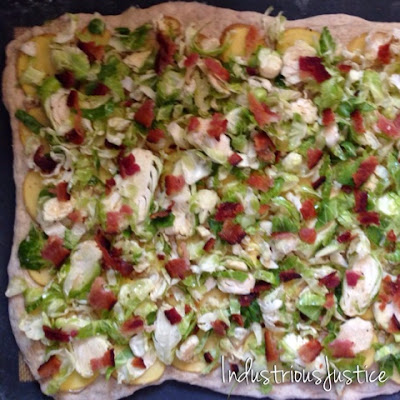 Basil is awesome on this pizza but you could sub fresh parsley.
Just use something fresh. It adds great flavor and color. 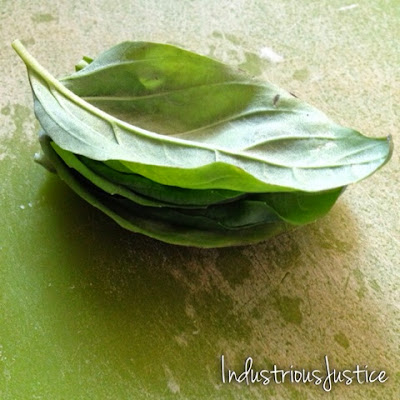